Who is Mallory Comerford?

She is also a senior at University of Louisville and was recently awarded ACC’s Swimmer of the Meet for the 2nd year in a row.

Mallory has had successful seasons swimming for University of Louisville since 2015, winning multiple medals in her events. At the 2017 NCAA Div 1, she tied with Katie Ledecky in the 200y free. Mallory has also won multiple international medals, individually and as part of US relay teams. Some of her international wins include:

We analyzed Mallory’s metrics in the 100y and 200y freestyle at the 2017 NCAA Division 1 Championships to look at how her metrics compared to her competitors and learn from her strategies in these 2 events.

Mallory’s overall speed was above the average speed of her heat in both the 100y and 200y free.

In the 200y free, her speed remained fairly consistent on every lap after the first 25y. There was minimal difference in her splits from lap to lap, before increasing her speed on the last lap. Her speed in the 100y free was slightly less consistent, once again finishing the race with a big increase in her speed on the final lap. 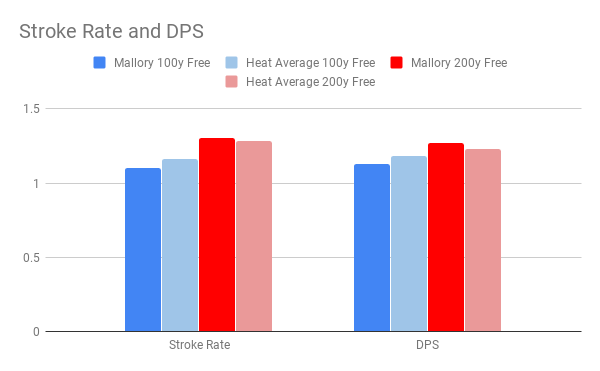 Mallory raced her 100y and 200y differently. In the 100y, she went for shorter and faster strokes, producing one of the fastest stroke rates in her heat, with one of the lowest DPS.

In the 200y, she produced longer strokes at a slower rate. Her DPS was higher than average, and she had one of the slowest stroke rates in her heat. 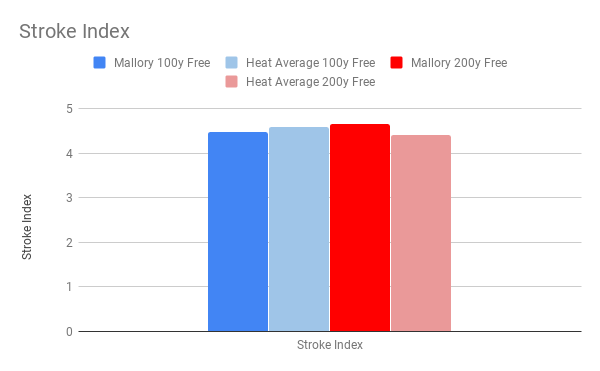 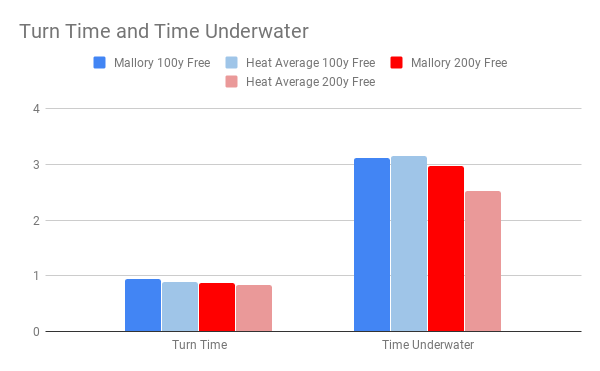 In both races, Mallory had a slightly slower turn time than the average of her heat.

Racing differently between different strokes can be a great tactic.