Sydney Pickrem is a Canadian Olympic swimmer specializing in IM events. She has represented Canada in major international competitions such as the Pan Pacific Championships, Commonwealth Games World Championships, and more. She has also won medals for her college, Texas A&M, at the NCAAs.

At the 2019 FINA Champions Swim Series, Sydney broke her own national record in the 200m IM.

Sydney started competing for Canada as a junior swimmer at the 2012 Jr Pan Pacific Championships, made senior national team in 2014, and has since continued to be a prominent player in the international swimming stage.

Some of her international wins include:

We analyzed Sydney’s 200y IM metrics from the 2017 and 2018 NCAA Championships to see how her metrics changed over time and how these changes impacted her overall performance. 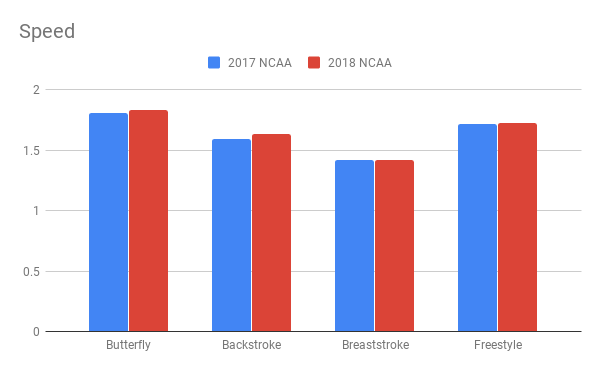 At the 2018 NCAA, Sydney swam every stroke except for breaststroke at a faster speed compared the the previous year. Her backstroke saw the most improvement, while her breaststroke was just two hundredths of a second slower.

Overall, she swam a faster 200 IM in 2018, dropping her final time by almost a full second and moving up to earn a spot at the podium. 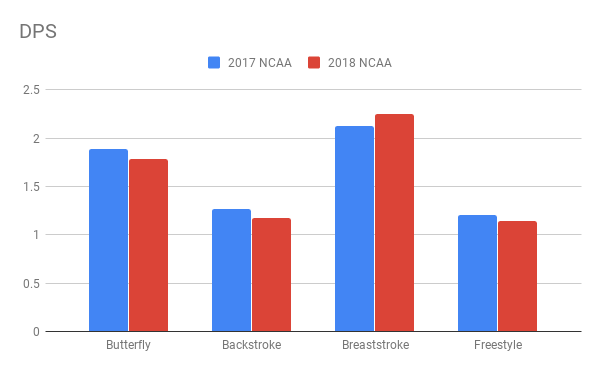 On average, compared to her competitors, Sydney produced higher DPS at a slower stroke rate across all strokes. 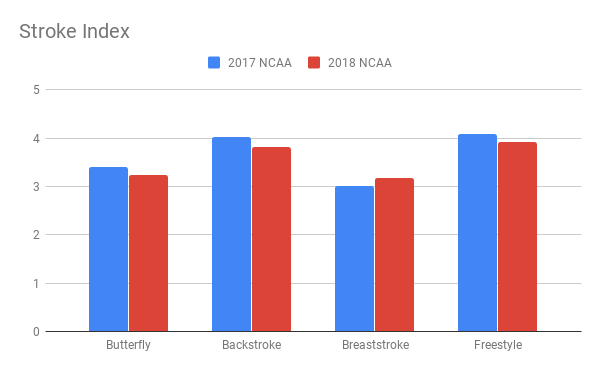 On average, Sydney swam a more efficient IM than her competitors in both years. 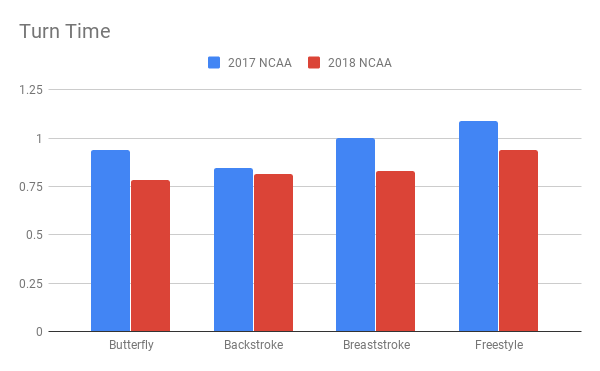 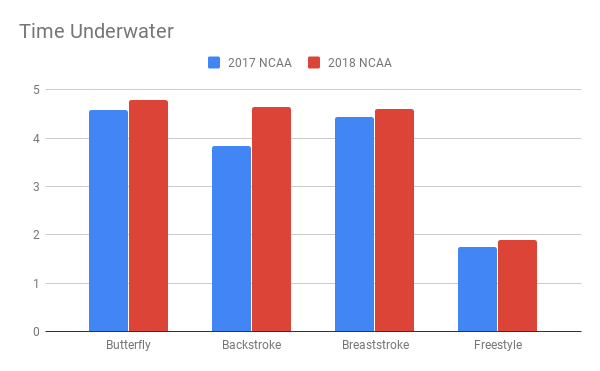 Overall, Sydney improved her turn times at the 2018 NCAA.

In 2018, Sydney's stroke index decreased in fly, back, and free. Interestingly, these were the legs of the IM where she swam faster than she did previously.

Every improvement counts towards better results.

Sydney didn't swim every lap of the 200 faster in 2018, and she increased her speed more in some strokes than others. But these improvements, combined with quicker turns resulted in a faster time and a podium finish.